Christian Du Maure is a Parisian vampire now living in Manhattan with his best friend, Michel. Behind him is a complicated past involving a power struggle during the French Revolution, a love affair with a mortal woman, Josette, and a promise.
His task: to protect Josette's daughter. Of course, nothing is as it seems and he comes to find that Solange is his daughter as well. This leads him to Amanda, a descendant of Solan

ge. When their paths intertwine, so do the mortal and immortal worlds.

The first word that comes to mind in describing this book is intense. The emotions are vivid and throw you into the book without a second glance back.
Amanda is a unique character. There is something about her that sets her apart from other humans for the vampires of the novel (I won't tell, lest I ruin it for you) and that, in turn, sort of secludes her, if you will. That is not to say that she is a loner, but she does seem to be a bit of a workaholic. I admire that. Amanda loves her job and I hope to be that passionate about my work one day. Her biggest fault, in my opinion, was her lack of decisiveness. She didn't really know what she wanted from anyone, or herself, for that matter. Maybe I'm just being hypocritical though, because I can't even decide what I want to eat most of the time!
Christian was the good guy. Although a vampire, he seemed to be like that guy in high school who everyone can't help but like. He was reserved, but still kind. It was interesting to read about his time in Paris and all of his younger years with Michel. I thought Rago did a wonderful job depicting that time period!
The plot in the novel followed a relatively even pace. It wasn't too quick or too slow, until the end when it moved fast. This is extremely difficult to describe without giving anything away! I thought the mixing of the human world and the vampire world was intriguing. It wasn't anything like in other vampire books. For the most part, it seemed that the vampires had little control in Manhattan, but ruled over Paris even in the modern world. The vampires seemed totally inharmonious, though. They held grudges like no other.
I was expecting the book to be more young adult than it was, not that I'm complaining. Personally, I was a bit, shall we say, uncomfortable with some of the scenes. So, some younger readers may want to wait a few years before reading Immortal Obsession. There isn't anything extremely graphic, of course. Just a little insinuation and such. None the less, I found this book to be really great! Denise Rago did a fantastic job in writing this novel!
Rating: 7

*The fact that I received this book from the author did not influence my opinion of it in any way. This was my honest review.
Sincerely, Barnard Baker at 8:00 PM 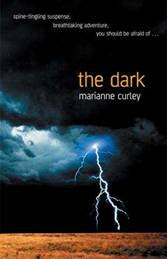